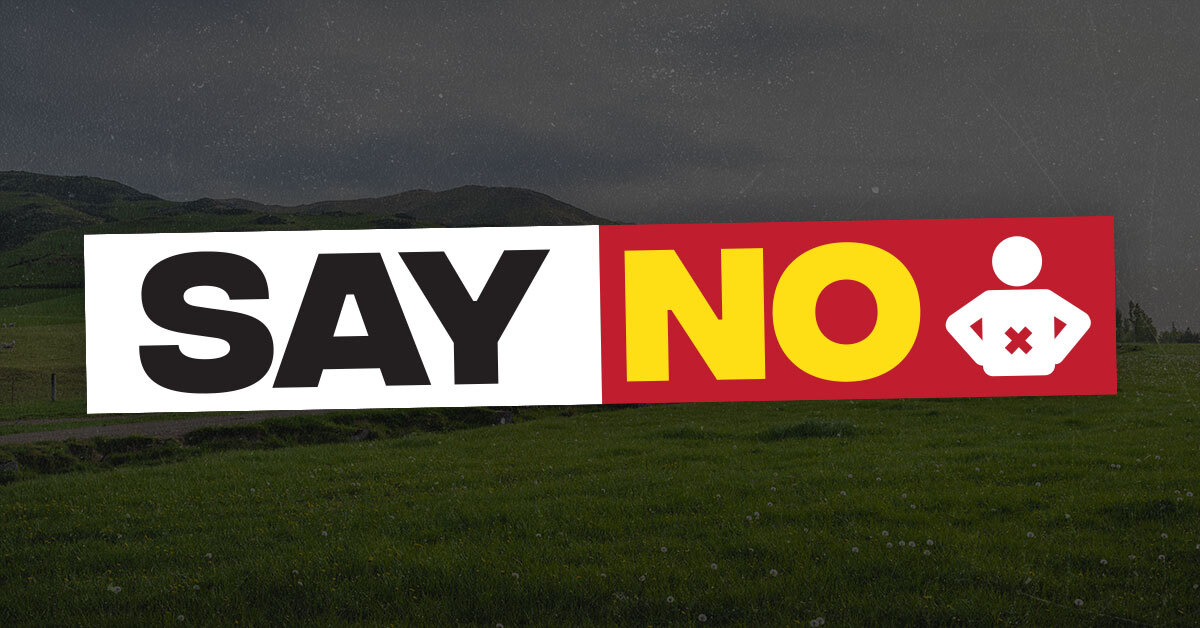 Groundswell NZ are launching the SAY NO campaign as we continue to stand against unworkable regulations unfairly impacting farmers & growers and both rural & urban property owners. These SAY NO actions are a short-term necessity until the Government puts in place workable regulations that achieve environmental outcomes, respect people, their private property rights and privacy.

We have already encouraged farmers and growers to SAY NO to the NZ Stats Agricultural Census, as the information is used to compile the Greenhouse Gas Inventory and the Government continues to use a metric called GWP100 which overstates agricultural emissions by 400%. The Government should instead use a warming effect approach for agricultural emissions, as scientists have proven that where ruminant emissions are stable or decreasing (as they are in New Zealand), those agriculture sectors cause no additional warming.

The latest farmer confidence survey from Federated Farmers shows food producer confidence at the lowest levels ever. The number one reason given was climate change policy and the ETS, with regulation and compliance costs coming next. Both of these Government policy concerns rated higher than even input and debt costs. Low confidence also means greater stress and mental strain in rural communities which are already under pressure. It’s time for food producers to protect our communities and SAY NO.

SAY NO to any surveys by public agencies on your private land.

All of these regulations turn anything that has cultural, natural, or historic value into a liability, potentially devaluing your property by limiting your ability to use it or develop it.

Instead, councils should be given flexibility to address issues within their communities by supporting the many existing environmental initiatives, such as QEII Trust, Catchment Groups and Landcare Groups.

Central government’s farm plans are a compliance heavy, one-size-fits-all approach and are unnecessary, adding significant extra cost to councils and farmers without any additional benefit.

We believe the main purpose of these plans is not to help farmers or the environment, but they are instead a way for the government to capture more private property information and control activities regardless of whether consent is required.

Groundswell NZ supports the use of customised farm plans as a tool to empower landowners to identify and address key environmental risks and priorities relevant to each farm.

SAY NO to the Greenhouse Gas ‘know your number’

Groundswell supports the need for farmers to play their part in addressing Climate Change issues, as they have been doing for many years. However, we have major concerns about how and by whom this ‘number’ is going to be used. We also believe the calculation will not be an accurate reflection of your farm’s emissions budget.

‘Know your number’ does not acknowledge the minimal warming effect of methane and the vast majority of carbon sequestered on-farm is excluded from the calculation. We also note that the He Waka Eke Noa plan, which requires this number, has not even been accepted by the Government yet.

We believe if correct metrics and sequestration calculations were used, most NZ farms will already be climate neutral. The government should recognise this and continue to encourage positive, sustainable on-farm actions – rather than using flawed metrics to create a tax.

SAY NO to applying for Winter Grazing consents‍

We believe this is an unfair extra cost and extra administration task, when farmers can use their own customised farm plan, which includes a winter grazing plan – to identify and mitigate risks with common sense actions such as buffer zones, strategic grazing, and back fencing.

We agree food producers must take steps to protect our environment and waterways but this can be achieved more effectively by using Catchment or Landcare Groups than a consent process.